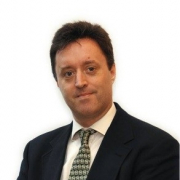 Andrew joined Moody’s in 2009 and brings over fifteen years of experience on both the buy and sell-side with an emphasis on credit, leveraged finance and capital markets. Andrew started his career in equity origination working in teams advising UK companies for ANZ Merchant bank and Hoare Govett before heading off to the States where he obtained an MBA with honors from the University of Chicago. Andrew joined JP Morgan in New York moving into leveraged finance, working on a broad array of leveraged transactions for both financial sponsors and corporates. Andrew moved onto Credit Suisse First Boston, becoming a director responsible for the marketing, origination and execution of leveraged bank, bond and mezzanine financing for transactions first in the US and later in Europe. Andrew worked on transactions for numerous companies including AK Steel, Fairchild Corporation, Turkcell and Gala Bingo before shifting his focus to European High Yield exclusively, becoming a director at New Flag Asset Management in London marketing a long-only fund. When New Flag was acquired by Putnam Investments, Andrew took up a position with Putnam as a Product Manager in Fixed Income. Here, Andrew developed and marketed fixed income funds ranging from Treasuries to High Yield and EMD. Most recently, Andrew focused on the European fixed income market as a Product Manager at Schroder Investments. Prior to starting his financial career, Andrew received a first from Cambridge University in Natural History.